Sea cliffs and upland crags are the traditional breeding habitat of the Peregrine falcon; however, in recent years they have increasingly been recorded in towns and cities across the U.K. Just fifty years ago, the peregrine came close to extinction in the British Isles due a catastrophic decline through toxic pesticides in their food chain, which were subsequently withdrawn. The recovery and increase in the peregrine population has led to wider distribution and new occupation of lowland counties, where peregrines can now be found nesting in quarries and on urban ‘cliffs’ such as office and residential blocks, cathedrals and churches. 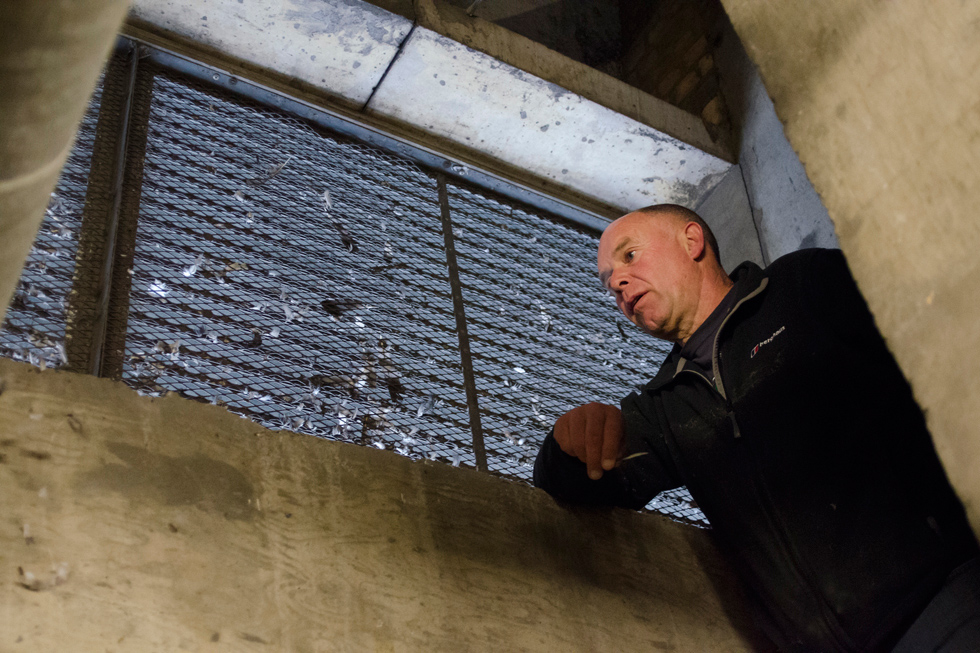 Peregrines have been regularly recorded in Woking since 2001, often to be seen on the top of Export House, the tallest building in the town centre. There were breeding attempts in 2005 and 2006, which unfortunately failed due to flooding of the eggs laid on an exposed roof recess. Regular sightings over the past two years of a new pair of peregrines at Export House has resulted in increased interest. A nest box was installed in January 2016, with an internal web cam to record developments, and the Peregrines were seen entering the box about a month later.